A project by: Thomas Butcher It is with great joy and some rather sore legs that I have the pleasure of saying that the 3 peaks pedal challenge is now COMPLETE!

In total the team cycled 455 miles (733km), cycled up a total of 7230m of hills, and hiked up the 3 highest peaks in the UK over 7 days during which they were battered by gale force winds, biting wind and the odd sunny day thrown in there as well for good measure.

Day 1 - Snowden and cycle to TalacreWe woke from our tents at 6am, gobbled down a big bowl of porridge and were heading up Snowden (1,085m) by 7am. Apparently Snowden has some amazing views, unfortunately we didn't see any of them as we were covered by cloud and rain for most of the hike, but we made it up and down by lunch time ready to get on the bikes. The afternoon brought a beautiful 50 mile cycle along the Welsh Coast, which was followed by a stunning nights camping. 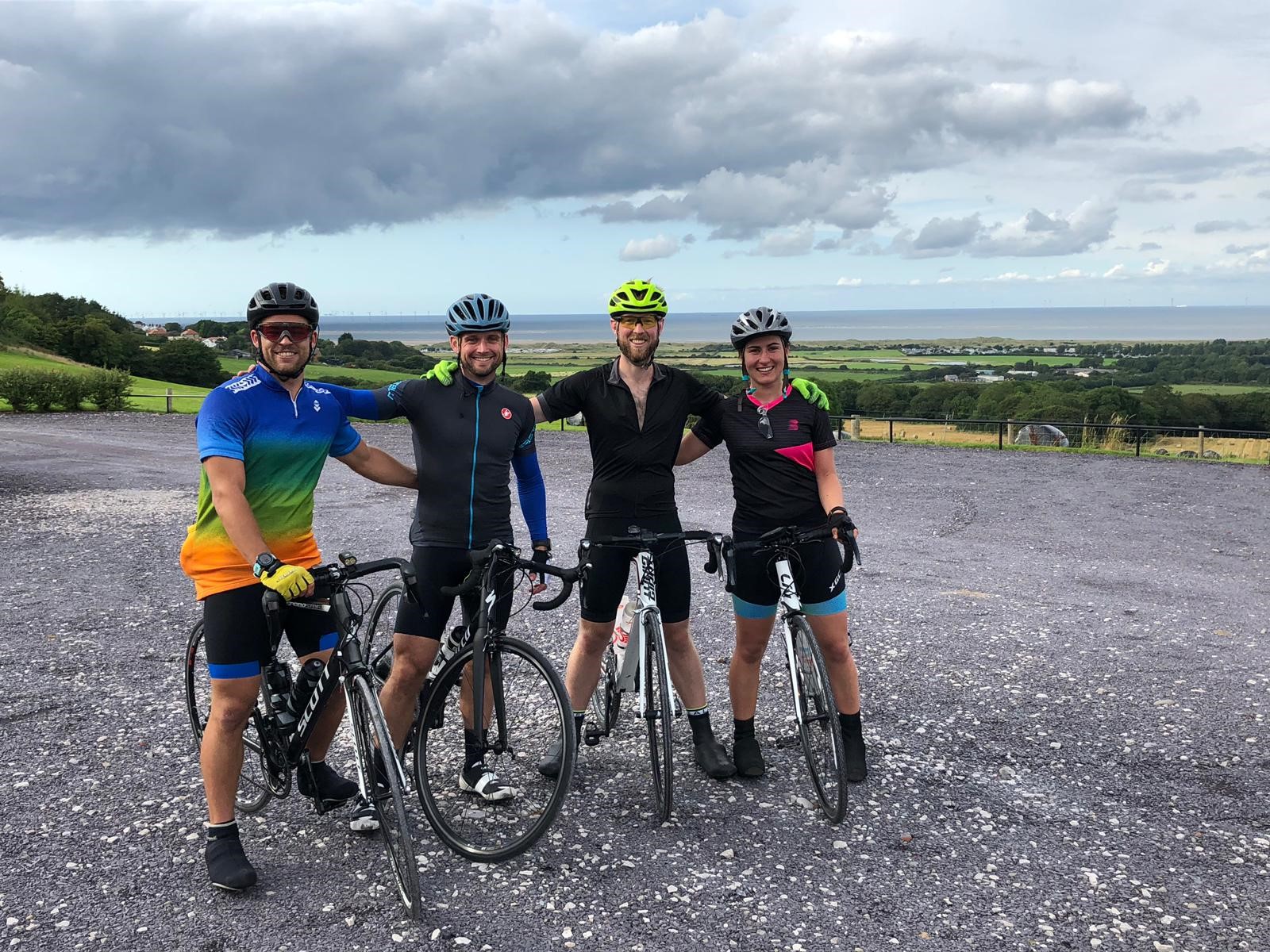 Day 2 brought some sunny weather and beautiful bike paths as we cycled 90 miles out of Wales, through Liverpool and Preston into Lancashire. The aches and pains were already beginning to hit though so a team yoga session that evening with a beautiful backdrop helped to both ease those pain and keep Meriel entertained. 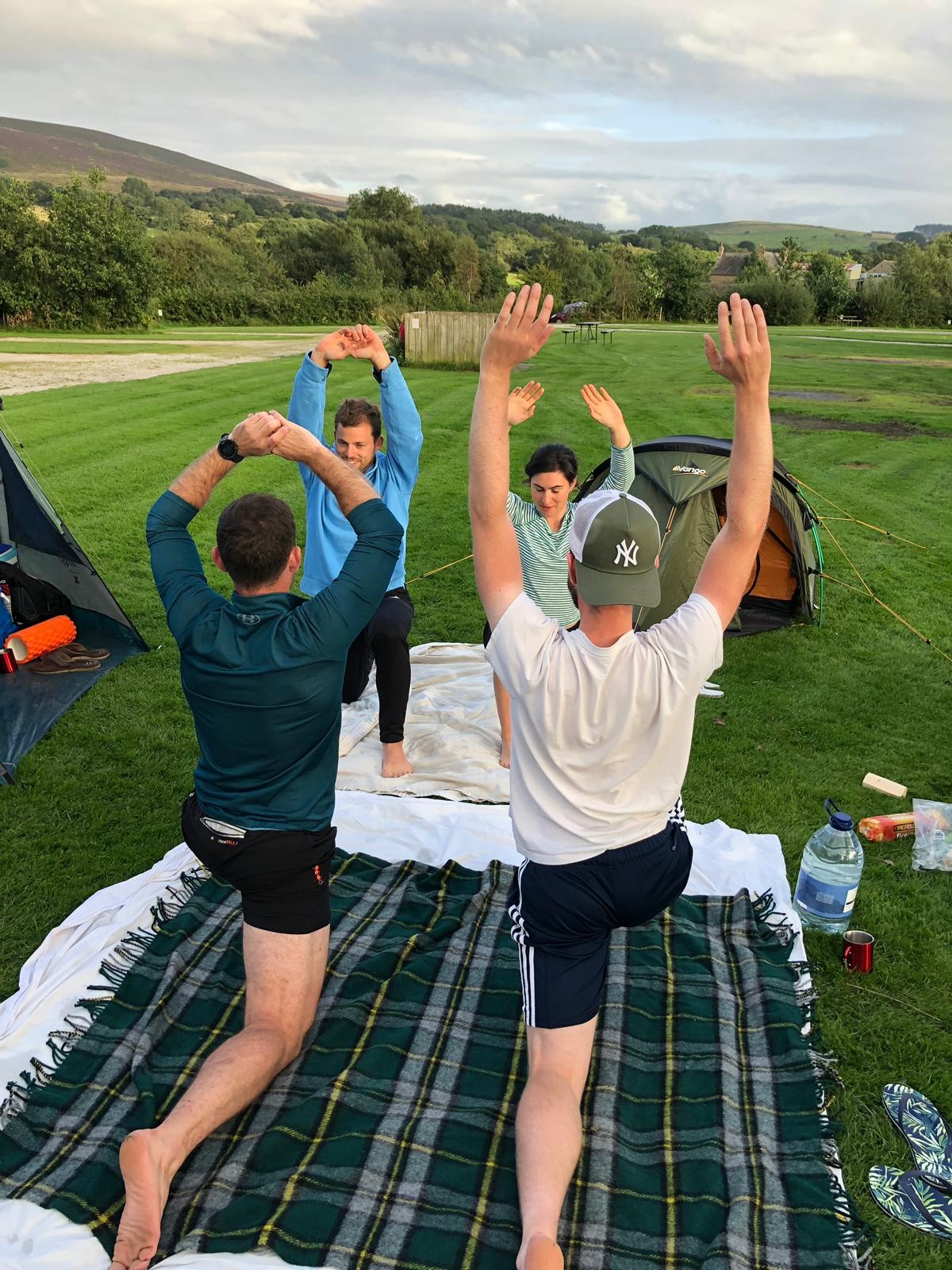 Day 3 - Scorton to Scafell PikeDay 3 saw us enter the famously rainy Lake District and boy it did not disappoint. The rain was torrential, roads turned into rivers, our waterproofs lost all ability to keep out water, and Alex's brakes lost all ability to stop her bike moving in a forward direction leading to our first (and luckily only) group crash. Despite all this team morale stayed at a remarkable high and we pushed on to complete the 80 mile day in a good time. 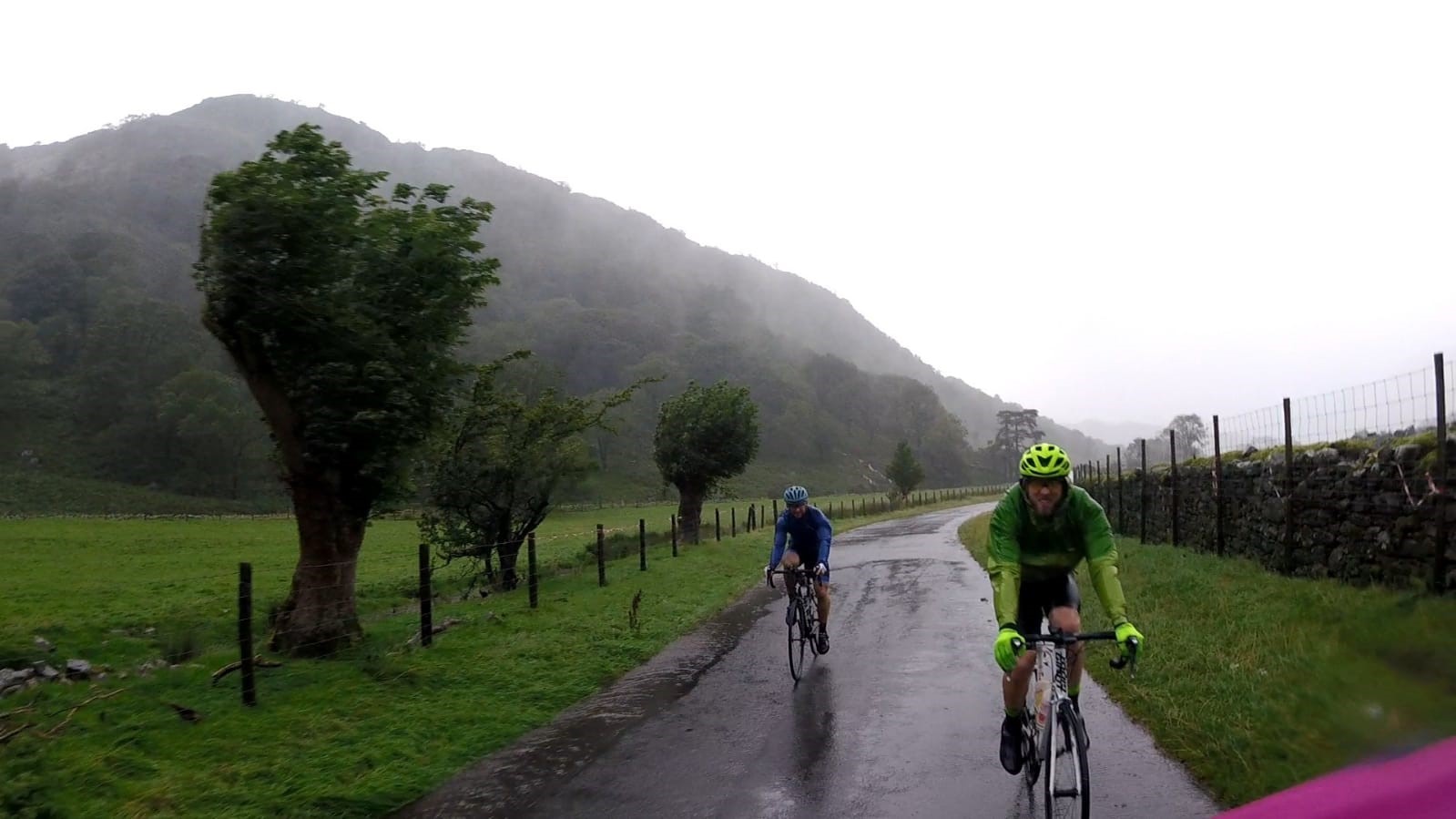 Day 4 - Scafell Pike and cycle to Gretna GreenIn an almost comical manner the Lake District continued to throw everything it had at us as we got up bright and early the next morning to climb Scafell Pike (978m). The rain challenged even the waterproof ability of our skin as gale force (or over 100mph according to Chris) winds battered us as we scrambled to the peak. A quick outfit change later and we were back on our bikes, running for the Lake District Border. As we left the lakes and mountains behind us Scotland greeted us with sunshine and stunning views as we made it past another huge milestone. 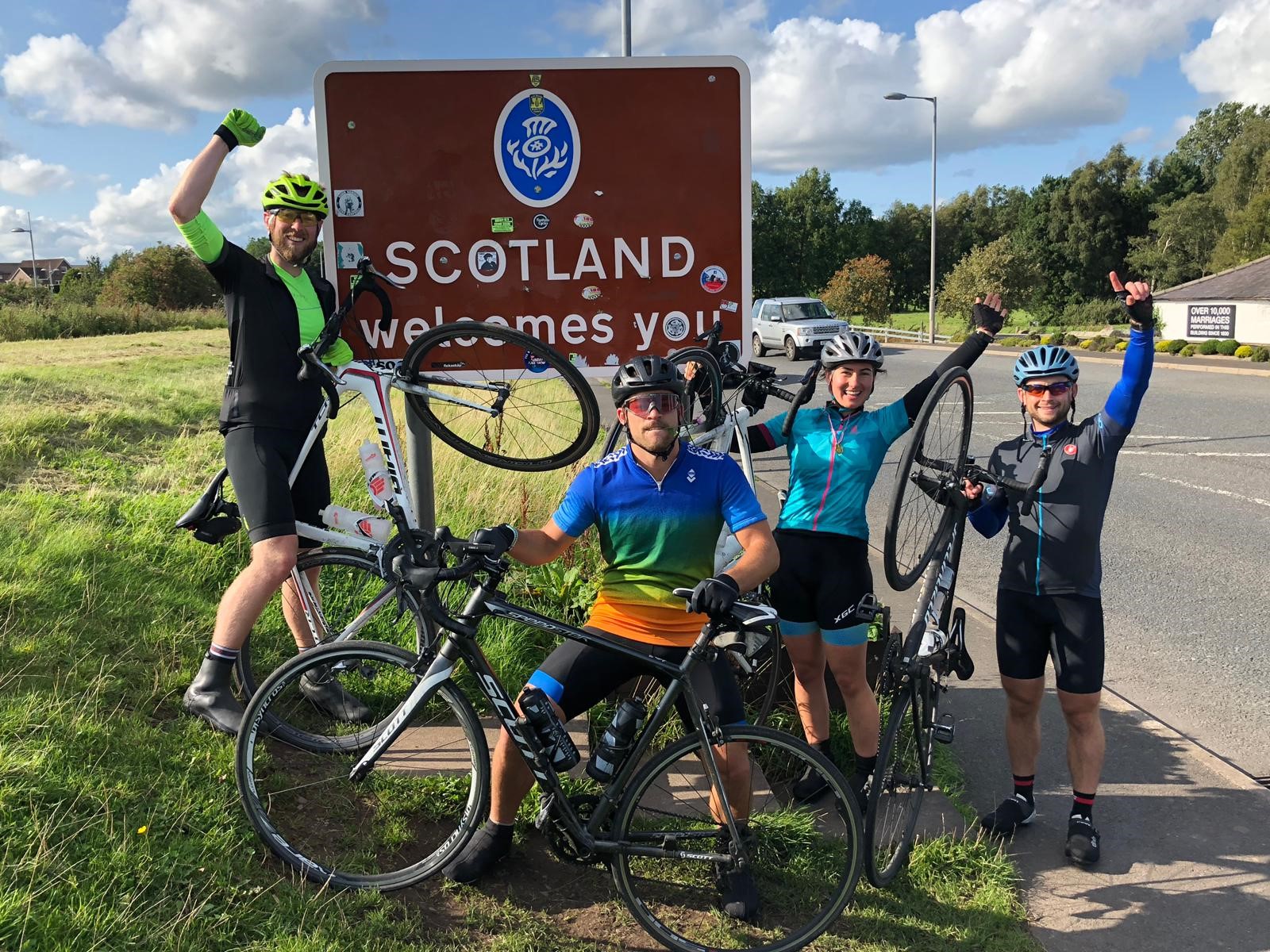 Day 5 - Gretna Green to Loch LomondDay 5 meant our longest day on the bikes as we faced 113 miles of predominantly head on winds, but with some nifty team work and Tour de France style drafting we made it to a marsh like campsite on the banks of bonny Loch Lomond. However after an unfortunate parking maneuver by a member of the team who shall remain anonymous we found ourselves digging, pushing and towing the minibus out of a rather sinking situation... 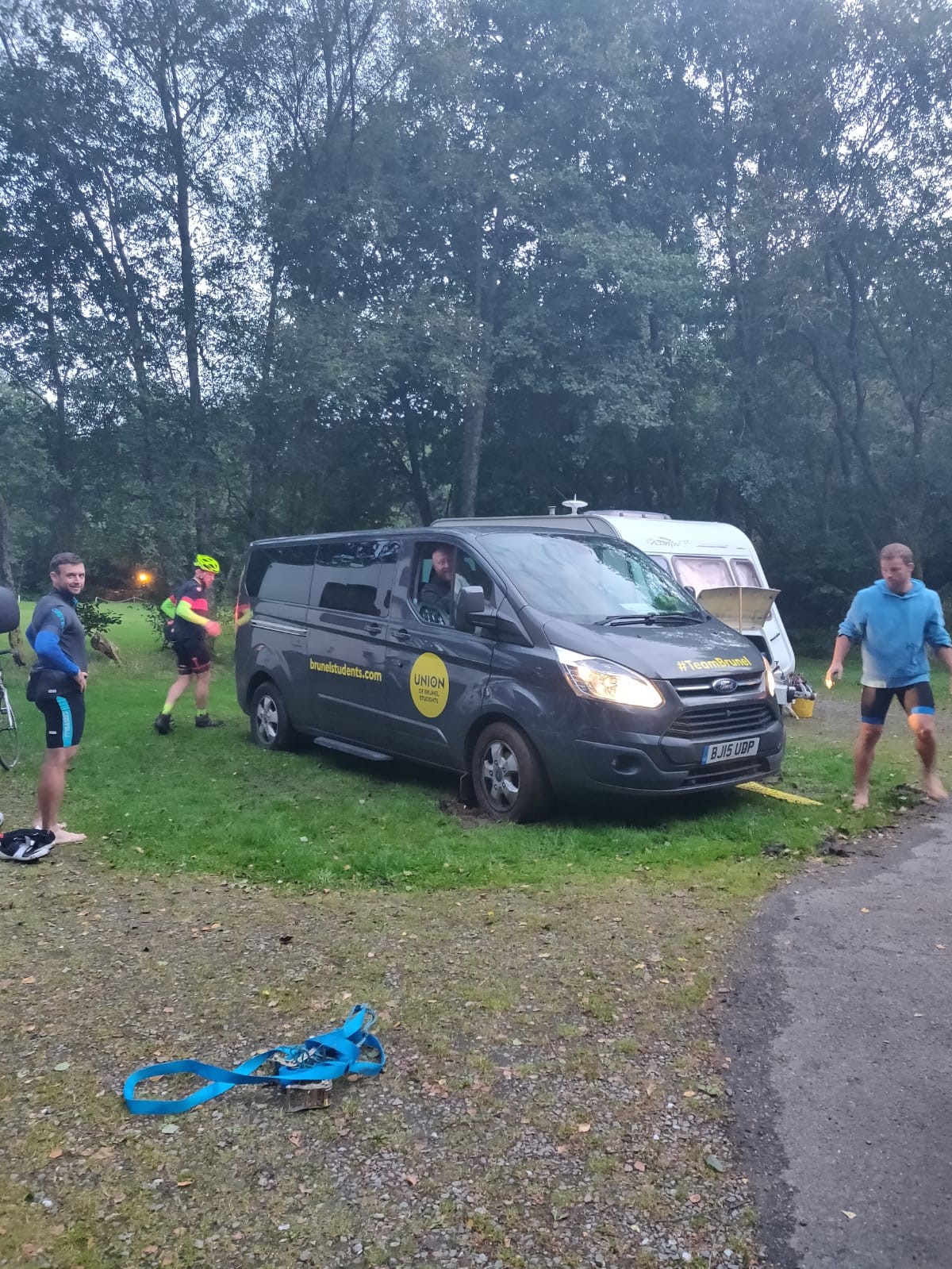 Day 6 - Loch Lomond to Ben NevisThe last day of cycling was finally upon us, as we cycled along one of arguably the most magnificent roads in the UK, weaving between the mountains of the West Highlands, or so I've heard... we couldn't see any of it because it was raining so much and the clouds were so low. But we put our heads down and ate up the 80 miles in no time at all. Our rear ends rejoiced as the bikes were packed away for one last time ready for the last climb in the morning. 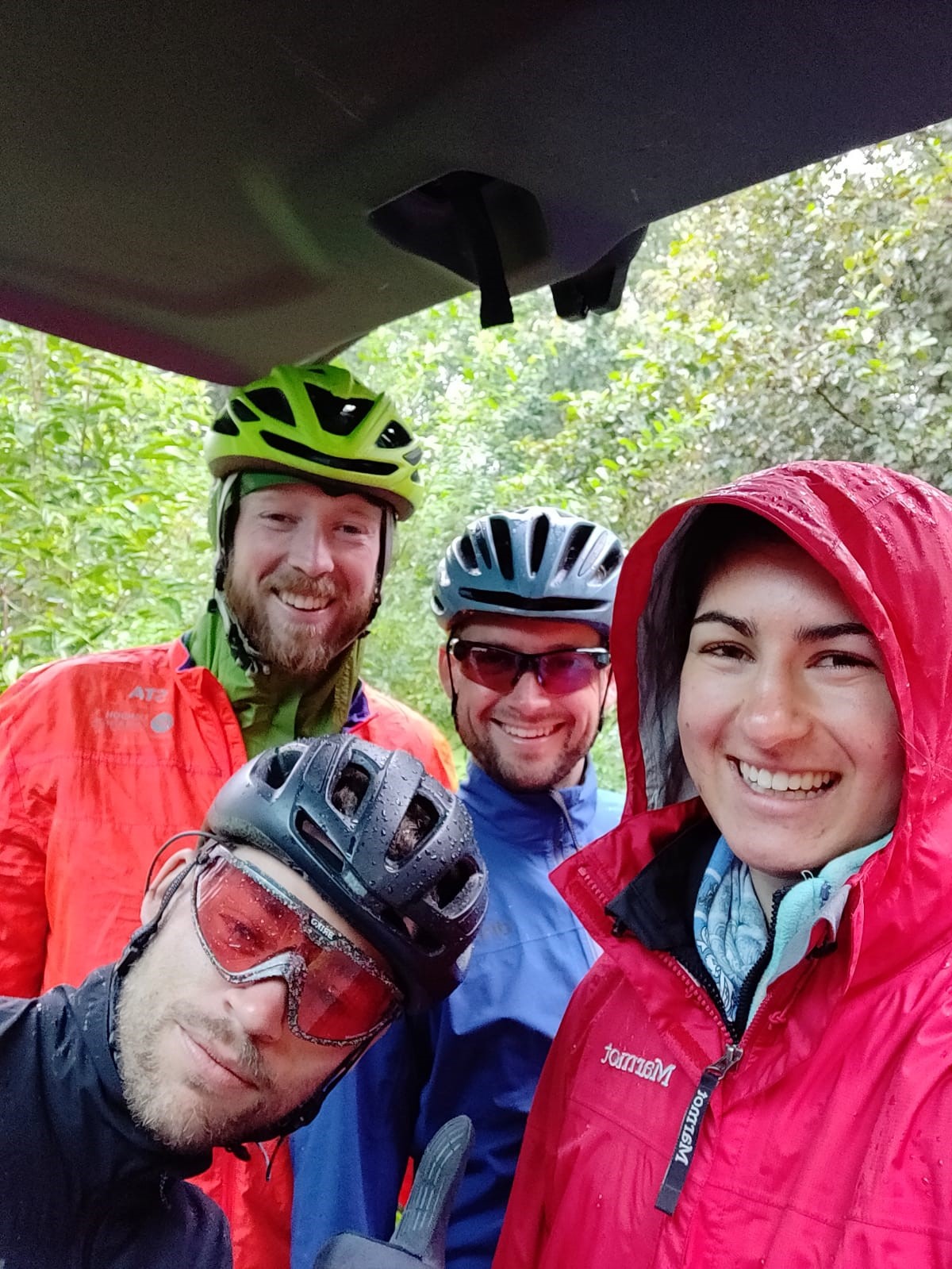 Day 7 - Ben Nevis climb (last day!!!!)Our alarms rang out at 5am and we headed to the base of Ben Nevis (1,344m), the highest mountain in the UK, eager to tackle the last part of the challenge. The wind, the rain and bitterly cold temperatures at the peak couldn't wipe the smiles of our faces as we made it up and down the mountain in just 4 hours and 44 minutes. We were aching, exhausted and soaking wet (again) but we were over the moon with what we had achieved. 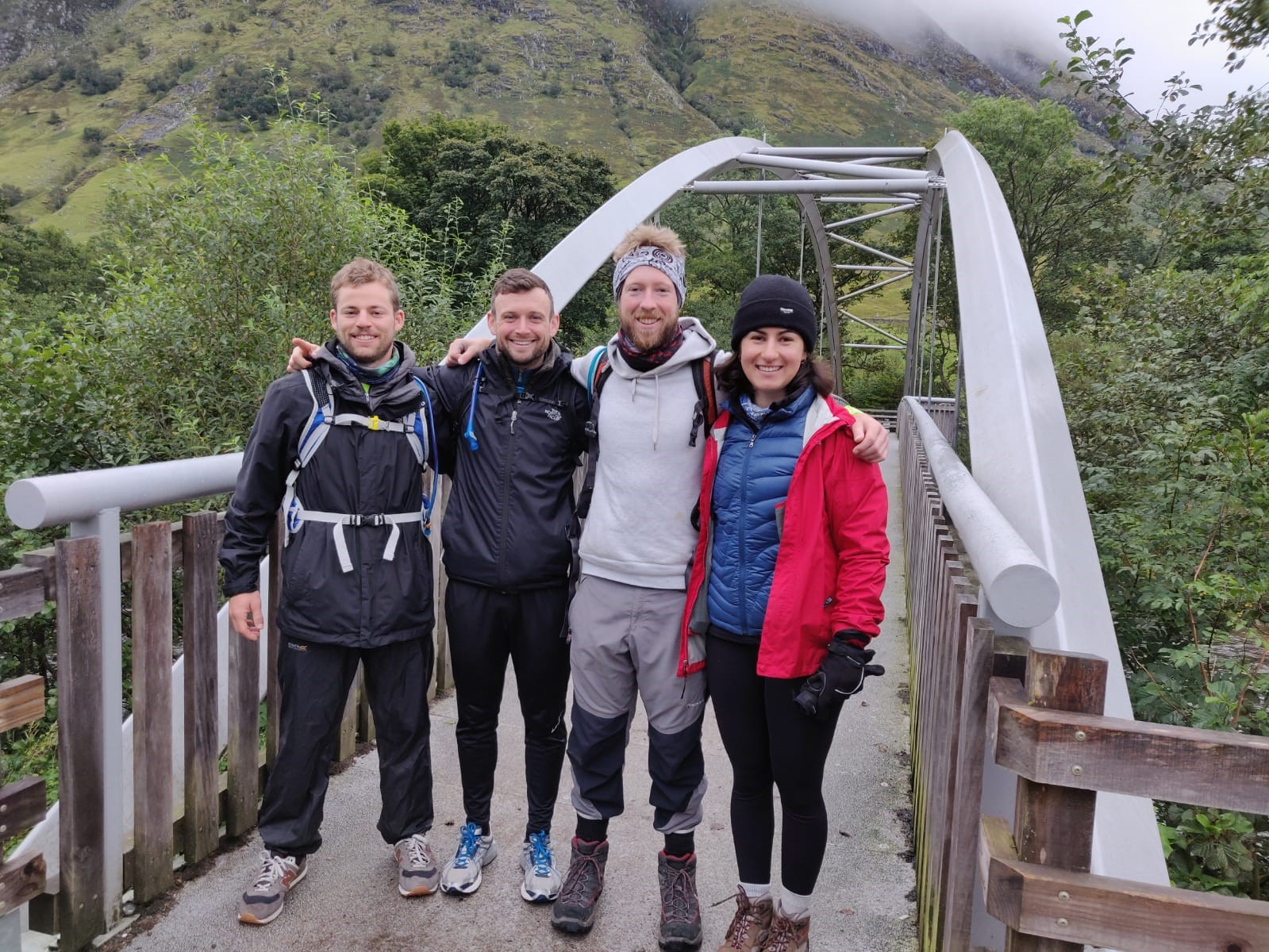 We are so incredibly grateful for your support and kind donations which helped to keep us going through 7 of the most physically and mentally challenging weeks of our lives. And your donations will also be hugely appreciated by the children who will now have more opportunities to access sport and physical activities at Brunel.

3 peaks pedal challenge
Your message has been sent.

Thank you, your report has been sent.

Tell us why you are reporting this project: